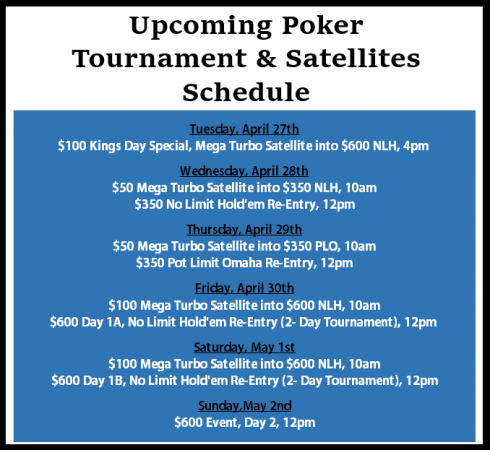 While the postponement of The Aruba Poker Series (TAPS) Aruba, scheduled to take place between April 24th and May 2nd, has been officially announced, we decided to accommodate the poker players with current travel plans to Aruba by running several stand alone tournaments between April 28th and May 2nd. We also added a selection of satellite tournaments for those who are interested to join.

The official casino statement regarding TAPS postponement by Jaromir Petronilia, Event Manager, April 12th: “The decision to postpone The Aruba Poker Series until further notice, was not easy, but it had to be done in light of the just extended restrictions. Having said this, we know many have made their travel arrangements, and of course have been looking forward to staying with us for this event. Therefore, we will accommodate all existing and new reservations at the discounted tournament rates, and are planning several poker tournaments and promotions on a smaller scale, during the TAPS Aruba dates. These tournaments and promotions will be announced this week, in our social media channels.” 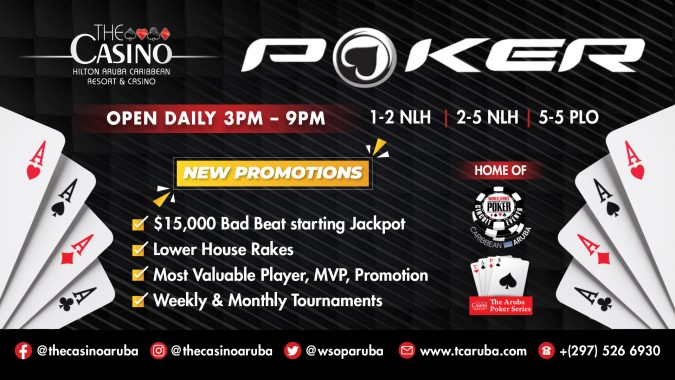 This month, The Poker Room at the Casino Aruba at Hilton, has just introduced a number of exciting innovations, revamping the nightly poker activities. Players will be pleased to find…

The Aruba Poker Series, TAPS 2021, Slated for April, Postponed Due to the recent Aruba government announcement regarding the extension of Covid19 restrictive measures, and the current travel uncertainty, The…